Guy Hedley, the executive chairman of wealth management firm Atlas Advisors Australia, has called on the federal government to create two new subclasses of visas under the Business Innovation and Investment stream to encourage international investors to invest in regional Australian startups and provide a boost to local innovation and economies.

The 188B Investment Visa currently exists to allow foreign investors to come to Australia to invest up to $1.5 million into the Australian business sector, but there is no requirement to invest in regional areas.

Mr Hedley said encouraging venture capital investment in metropolitan cities and especially regional areas was critical to boosting the resilience of employment and tax-generating entrepreneurs and their innovative businesses.

He is calling for two new categories to be created under the 188B Investment Visa to stimulate the flow of funds to business ecosystems in urgent need of stimulus.

The first proposed new visa would increase the investment threshold for 188B from $1.5 million to $2.5 million for metropolitan regions, including major cities of Sydney, Melbourne and Brisbane, using the same complying investment framework as the Significant Investor Visa stream, rather than the current investment allocation to State Government Bonds.

“This would ensure maximum economic benefit for metropolitan and regional economies instead of directing investment into liquid or well-supported markets such as property and mature operating or listed companies,” said Mr Hedley.

“It would also encourage some businesses to relocate from metropolitan centres to regional centres to obtain funding support.” 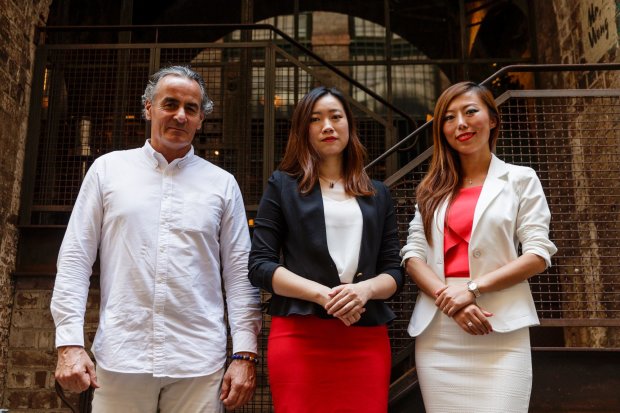 Dr Craig Davis from Canberra’s GRIFFIN Accelerator and CBRIN said the impact of the COVID-19 crisis on venture capital is not yet clear.

“We are seeing some signs of a slow-down in investing and its likely investors will be more selective for a while,” Dr Davis said.

“For regional startups distance is always a difficulty, but investors are looking for great founders with a deep understanding of a new opportunity in agriculture which often means people who live in regions,” he said.

Investment in regional startup ecosystems is possible at seed funding stages, but series A funding is harder to obtain. Agricultural technology startups, which have been fostered in startup incubators and receive seed funding, are often found in the major metropolitan areas, says Mr Hedley, while their primary customer base is in regional Australia.

“There’s some great startups coming out of Sydney,” he said. “Look at Swagbot, which uses robotic technology to help manage cattle and do weeding on large stations. They’re located in Sydney, but all their potential customers are in regional areas.”

Another Sydney based agtech startup, Farmbot, is a robotic solution to monitor and manage remote watering systems for big farm stations. Mr Hedley said there is a lot of Agtech being developed which will naturally migrate to regional areas to be closer to potential customers, given the right opportunities to gain investment.

It is not uncommon for startups to be based in major metropolitan areas because incubators and seed funding may be more readily available in Melbourne, Sydney or Brisbane. Mr Hedley suggests two new visas that encourage investment in vibrant startup ecosystems in regional areas such as Wagga Wagga, Bathurst, Armidale and Coffs Harbour would ensure a vital injection of venture capital investment into regional economies.

“Supporting and strengthening our local economies will help create new jobs, accelerate innovation and encourage the development of new technology, businesses and industries,” he said.

Bega based Co-Founder of 2pi Software Liam O’Duibhir, said he is excited about the possibilities offered by Agtech.

“I am very excited about the possibilities offered by AgTech, and certainly in terms of speculative ventures that our, predominantly software engineering focussed, company may pursue, when seed funding is available, AgTech is our ‘go to’…so hopefully Guy Hedley has some success with his mission,” he said.

Cooperation between federal, state and local governments to ensure the viability of the new visas would be essential for the program to work. However, the federal government has taken the first step of consulting with industry regarding changes to the visas.

“I just hope it doesn’t fall off the table with the current COVID-19 conditions,” said Mr Hedley. “After all the regional areas in Australia have been through – bushfires, floods, drought – they desperately need new ideas and new investment to restart their economies.”

3 ways universities can improve their chances of commercialising research

Stoic Venture Capital Partner Geoff Waring said there are a few initiatives universities could undertake to further improve their chances of attracting investors to commercialise their research.